THE REAL WORLD OF MOMS Love, Need and Resilience

In most households, it’s Mom who is ultimately the one responsible for managing and organizing the family’s day to day schedules, activities, and other needs. They are the hard drive memory of everything in the house. They usually handle the finances and take care of most of the purchasing and bill paying in the household. In single parent situations often even more responsibilities are placed on the mom and even thinking about saving for the future seems impossible.

In the household, Mom is the centre of the universe.

More and more companies are beginning to respond to this reality. One sees more products and marketing campaigns aimed at this MOMumental group of people. There are 1.6 million single parents in Canada and most of them are Moms. One-fifth of Canadian children are raised by a single parent.

Financial assistance and grants are available across the country. In Alberta, two financial institutions have taken another step to provide relief today and hope for tomorrow. Cashco Financial and ATB Financial formed a relationship that has led to the creation of accounts designed to help mothers. They call it the Mom Matching Savings Account.

In January of this year, Cashco struck an historic agency agreement with ATB Financial to provide Every Day Use transaction accounts and Savings Accounts empowered by ATB through its 45 Alberta branches. Rob Shields, Vice President of Marketing, says that it was critical to both parties to create products and service that worked in the real world.

“The concept is simple. When a mom saves a minimum of $10 per month in her Mom Matched Savings Account for three months in a row, we will match it with another $30 up to $120 per year. It encourages consistent savings habits. Our goal is to help Moms and, indeed, everyone to grow towards a better and healthier financial experience.”

CASHCO Financial and ATB Financial have a goal to help Moms and all Albertans build a better financial experience. 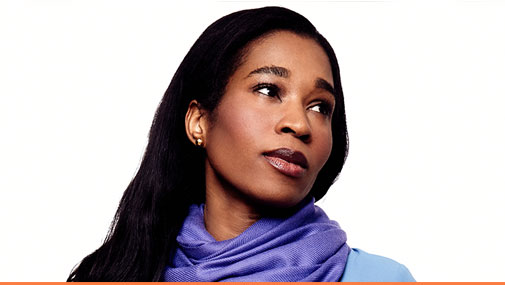 In addition to matching savings, there are no fees associated with the account. The roll out of the campaign has been a huge success and as many industry pundits have noted, it fills a need to respond to the real world of the under-banked and underserved, a group heavily populated by mothers who juggle nurturing with financial management.

In a Huffington Post article by Douglas Hoyes, the percentage of women filing for bankruptcy is on the rise. In 2013, “43 percent of all insolvent debtors were female”. The article goes on to say that “the percentage of women filing bankruptcy who were living on their own, either because they were single, divorced or widowed, increased over the four year study period. The largest growth occurred in women who were divorced or separated”.

Their comments reveal, at once, their acceptance of reality and the resilience that sustains them in the face of it.

“I think as a mother, it’s hard to even ask for help from anyone because it feels like we’re failing if we need that help” “You know, as a mother everyday, trying not to throw in that towel. ”If you quit, everybody quits and you can’t do that because you’re the driver of the bus and you gotta’ keep going.”

”If you quit, everybody quits and you can’t do that because you’re the driver of the bus.”

Understanding the fact that a Mom’s life is a day-to-day, never-ending experience, one might suggest that everyday should be Mother’s Day. Mom would have a much simpler way to describe it. “That’s life.”

Find out how to open Cascho Accounts