David Gutscher is a Canadian writer and adventurist. He started walking across Canada beginning in Halifax, Nova Scotia on April 21, 2017. His final destination: Vancouver. His first few days proved to be very revealing about the Canadian spirit. He is keeping a diary and sharing it with fans of his quest, this writer among them.

“I walked for 10 hours 25 minutes today, well over my goal of 8 hours. I think I walked a solid 60 kms because it’s only 30 kms to Truro, which I optimistically hoped I could walk in two long days. I ended up with a couple of blisters, one which burst and was quite painful. I stopped and dressed it to prevent infection. The police visited me to check in. There was a complaint because someone thought I had a child in the stroller and was walking on a busy highway. I have the support of the police now all the way to Quebec. It didn’t hurt that when I was asked for ID, I produced my veteran’s card.”

His “stroller” is his gear transport, equipped with the tent he sleeps in, basic camping gear, soothing agents for the blisters and plenty of shoes. His quest is his way of celebrating life and Canada during its 150th year. He has one steady companion: Al, the bobble head.

Over the last couple of months he has met Canadians of all types, from the people to the porcupines. And how did he come to this quest? He retired.

“I have made no other plans for my second year of retirement other than this walk … to be open to adventure opportunities. Who knows what year two of retirement will bring me? Whatever it does, I’m sure it will be fun.”

Fun, yes, but it is not an easy challenge. His legs and feet get sore, mosquitoes are relentless, and the weather is unpredictable. But people along the way take him in, feed him and sooth his pain, sending him off the way they welcome him, with encouragement and inspiration. People like Richard in Edmunston, New Brunswick and a constable with the Quebec provincial police who was concerned for his safety and escorted him part of the way. Dave, the storyteller, enjoys the storytellers he has the privilege to spend time with.

It is an unstoppable conversation as people itch to share their stories with him. Dave listens intently to Canadians talk about job security and the current Canadian situation in a volatile world. He hears the good, the bad, the hopes, the dreams, the criticisms and the cheers: a perfect series of snapshots he gathers on his cross-Canada epic journey. He feels honoured by the people he meets.

Two weeks in, he had travelled 770 kilometers, trying to maintain an average of around 40 kilometres a day. He compared his trek to the kind of hike people undertake in the Appalachians.

“About 40 percent of those people who start will have dropped out by this time at the two-week point for various reasons – discomfort, blistered feet, poorly equipped, no money, loneliness. The next most frequent time that people quit is by the one-month mark.”

It is poetic, perhaps, that by the time Dave hit the one month mark, he was standing in front of the statue of a young man in Ottawa who had inspired a nation — Terry Fox.

“I’m not infallible. I suffer from the same fears and anxieties as everyone. I try to avoid pain and mental anguish. Walking 55 kms on sore feet, up and down hills in the pouring rain, while battling a wicked head wind the whole way, would test the mettle of any human. But it’s not like that every day, and it’s only discomfort. And when we face discomfort, it only makes us stronger.”

By day 40, Dave notices he has lost a lot of weight. However, this does not deter him, or the warnings of dangers he faces and not just from the road itself. A local woman in Bruce Mines advises him that “Highway 17 is extremely dangerous. You must have done research on the high volume of deaths of cyclists and pedestrians on this highway.”

Dave sheepishly responds. “Well, no actually. The only research I did was to pull out a map of Canada and draw a line from Halifax to Vancouver.” The woman continued to tell him that the bugs would get worse. “Wawa is the worst area. People have literally been killed by swarms of bugs in the Wawa area. You have to be careful.”

Dave’s resolve is unwavering. Whether it’s bugs or slugs, the journey will continue. The elements are compelling and as Dave notes on the morning of June 10, day 51, “It’s 6:20. I would normally be on the road by now, but I’m still clinging to the comfort of my sleeping bag. It’s raining, and probably will continue to do so for another couple of hours. There are about 200 mosquitoes trapped (or waiting?) between my tent and the tent’s fly. I counted fifty of them and thought that was about a quarter of the lot. So you can understand my reluctance to get moving. But I must. So down comes my sleeping bag zipper. I pull on my dirty shorts. Feet get rubbed down with Vaseline. And on go the damp socks. Shake out the sandals and on my feet they go. Time to get in the game.”

At this writing, it is day 54, almost 2 months since Dave left Halifax. It is, once again, a poetic and very Canadian moment when Dave encounters Larry, a cyclist making his way from Victoria to St. John’s. Larry is also retired and this journey has always been his dream. Canada’s 150th was the perfect opportunity to make good on his goal.

So this story leaves Dave on Highway 17 as he approaches Manitoba. He has walked over 3,000 kilometres and now averages 58 kilometres a day. I will let his words serve to bring close this chapter of his amazing adventure.

“I was feeling pretty pooped today, so I took a break at a picnic spot, where I hung out for an hour before noticing the giant billboard behind me indicating that I’m crossing 90 degrees longitude west and passing from the Eastern time zone into the Central time zone. Another small milestone.” 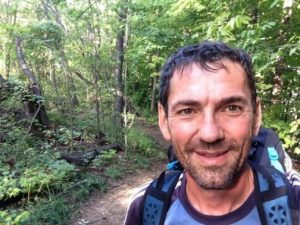 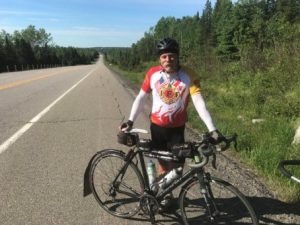 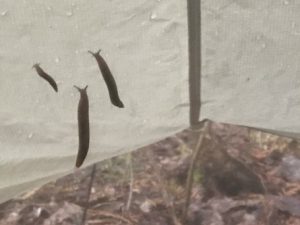 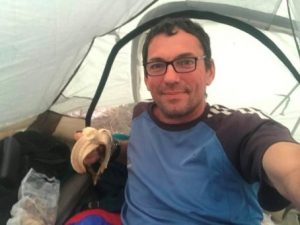 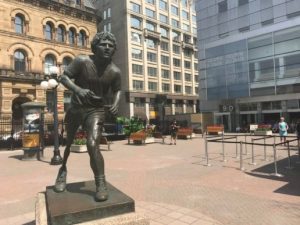 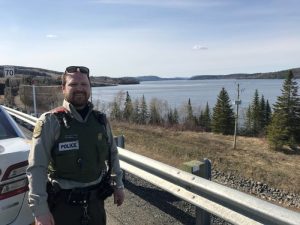 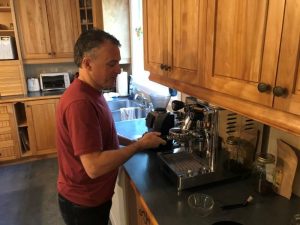 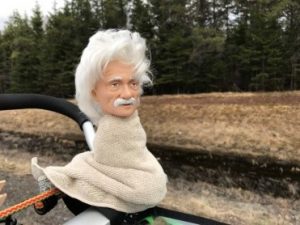 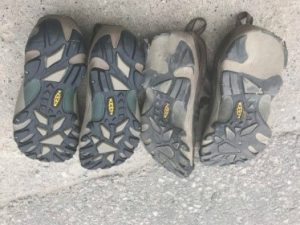 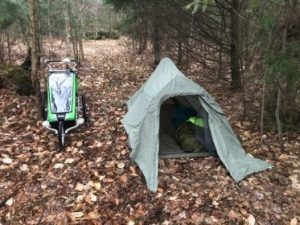